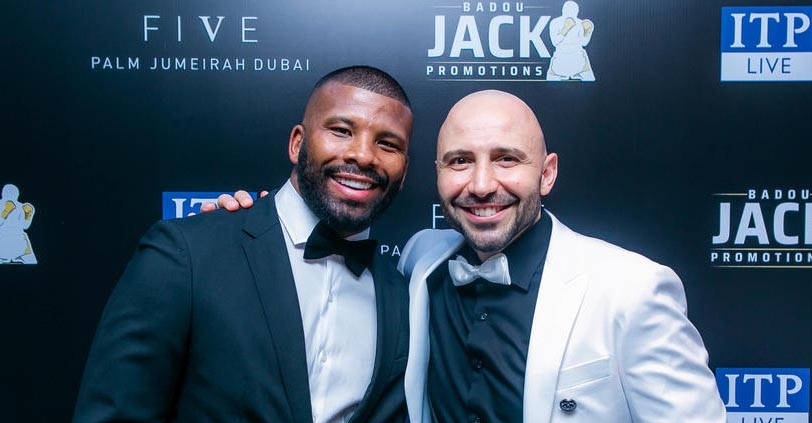 On Friday evening boxing royalty, Dubai elite and some of the biggest content creators in the world gathered at FIVE Palm Jumeriah for Knockout Night, one of the biggest mixed martial arts and fight nights Dubai has ever seen.

Former WBC Super Middleweight and WBA Light Heavyweight Champion, Badou Jack took another step outside of the ring and in his entrepreneurial ventures by hosting his first ever Boxing/Kickboxing card under the newly established Badou Jack Promotions & Events LLC at the Five Palm Jumeirah resort in Dubai on Friday, May 3rd.

The former 2 division champion launched his UAE based company earlier this year & plans on establishing Dubai as the “Las Vegas of the Middle East”. “Badou Jack Promotions just put on our first event featuring an amazing night of professional Boxing and Kickboxing in front of a sold out crowd on Friday and we are just getting started” stated Badou Jack.

END_OF_DOCUMENT_TOKEN_TO_BE_REPLACED

Dubai: FIVE Palm Jumeirah’s Vista Ballroom, Dubai’s spanking new entertainment venue, was home to an evening of explosive championship boxing on Thursday night that threatened the bring the roof down on an elite gathering of celebrities and A listers

Right from the opening bell that signalled the start of the multinational fight-card the audience were treated to a series of adrenaline-filled contests that culminated in a thrilling headline act that saw the emergence of an exciting new cruiserweight boxing sensation, Viddal Riley.

END_OF_DOCUMENT_TOKEN_TO_BE_REPLACED

Weigh-ins for Dubai’s latest adrenaline pumping event in boxing and kickboxing, the Knockout Night showcasing the very best of international and regional boxers and kickboxers, was held at The Penthouse FIVE Palm Jumeirah on Thursday.

END_OF_DOCUMENT_TOKEN_TO_BE_REPLACED

From almost next to nothing to two top events in the space of two months, Dubai, the Maximum City, couldn’t have asked for anything more.

After Round 10 Boxing Club hosted ‘The Fight DXB Uncovered’ last month with two belts – the WBC International super-flyweight title and the WBO European featherweight title on the line, the city braces itself for another big boxing event titled ‘Knockout Night at FIVE Palm Jumeirah,’ on Friday night.